In a move that was little more than a formality following Jed Hoyer’s announcement back in August that Jason Heyward would be let go, the Cubs have officially granted the outfielder his unconditional release. Heyward is still owed the final $22 million of his base salary for 2023 and a new team can pick him up for league minimum, which will lower the Cubs’ responsibility slightly. It’s unfortunate that things had to end like this, but it had gotten to the point where the roster spot was worth more than continuing to pay Heyward for below-average production.

The #Cubs today granted OF Jason Heyward his unconditional release.

There’s no value in relitigating the contract or bad-mouthing Heyward at this point because what’s done is done. I actually think his reputation will improve among Cubs fans because now the focus of his legacy can fall solely on how he helped the organization to win a World Series rather than the perception that his presence hampered their pursuit of another.

Still, I can’t help taking a good-natured jab while also wishing Heyward the best in whatever the next stage of his journey entails. 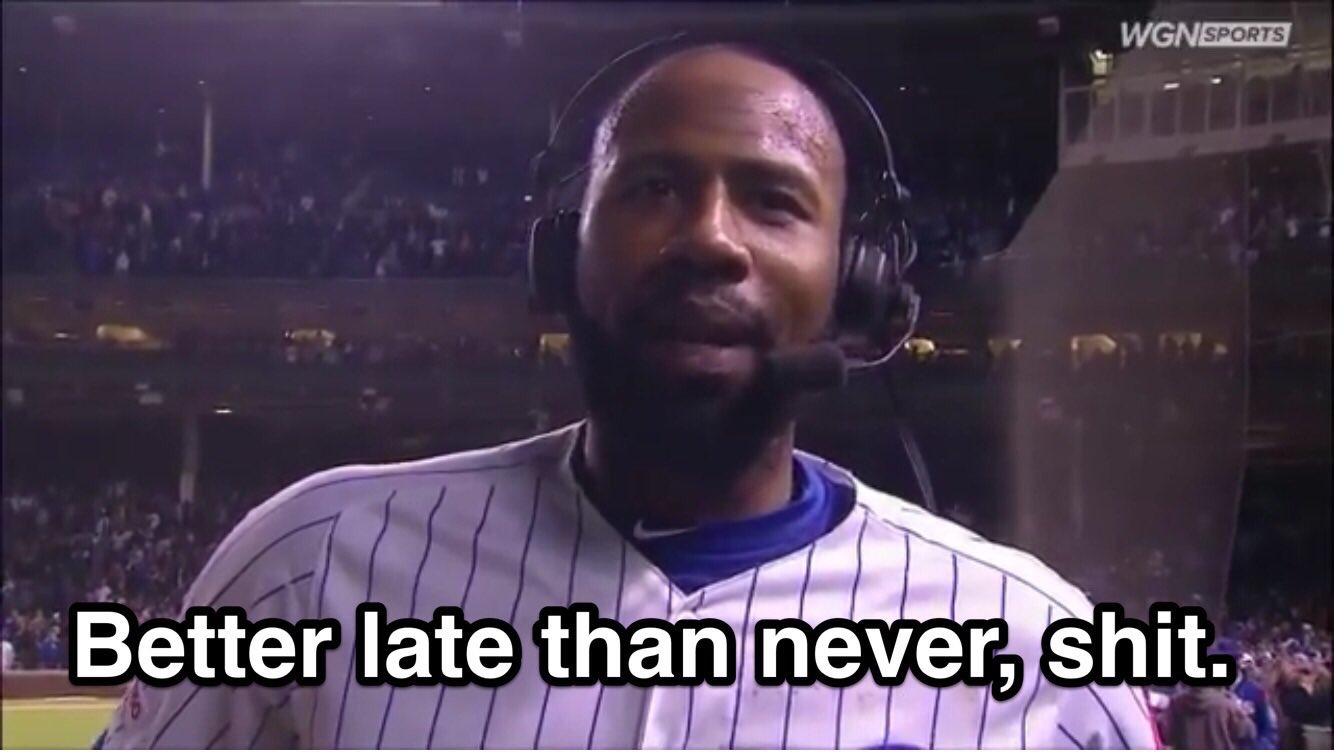 I hope he’s able to find a team in need of veteran leadership and that he’ll still be around the Cubs in some form or fashion after he retires. That seems assured, even if it’s just to show up to an occasional game, because he’s developed deep ties in the community.